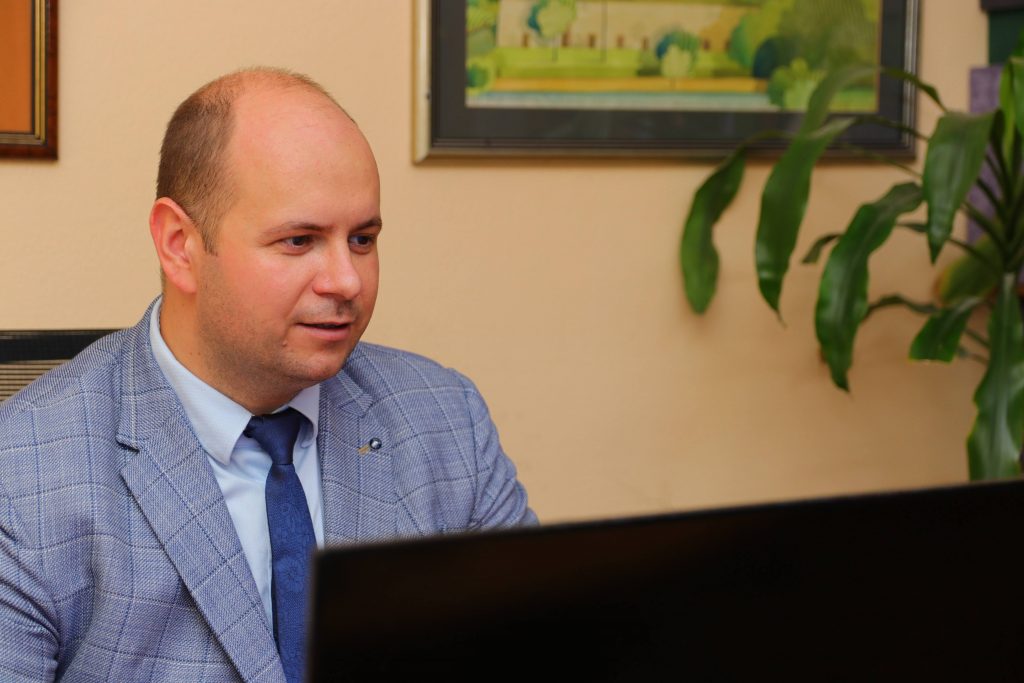 Born in 1983 in Tuzla, Bosnia-Herzegovina

Vojvodina Bar Association member from May 2022

finance and taxes, foundation and development of companies from the employment, labour and tax point of view, specialist for IT companies, international and domestic trade law, commercial law, banking law; family law

During his career, Miloš Ristić was engaged in valuable international and domestic projects that are worthy of attention, where he exposed his full potential of his knowledge and experience:

During 2011 and 2012, he successfully represented sellers in the acquisition of two large groups of companies.

One of these projects includes a company that currently employs over 500 employees in the computer supply sector in Serbia alone. The Serbian company from this group was founded in 2005 in Novi Sad by two Western-Europeans, and by 2011 it was declared the best 30 exporters in Serbia, as one of the largest industrial employers in Novi Sad (South Backa district). The company is involved in a major lawsuit with its former shareholder, a domestic citizen, where 15 proceedings have been initiated on a number of grounds either by a small shareholder or by the company’s founder, which we represented. During this temptation and after the danger of legal disputes was reduced, the founders began negotiations with a large company for the delivery of computer equipment based in the USA on the purchase of their entire company, the largest and most valuable part of which is in Serbia. The negotiations were very intense and lasted over four months. It must emphasized that the role of the law office Ristić & Partneri in this issue was crucial and without their experience, knowledge and courage in negotiations and disputes, the whole business, worth more than 24 million USD, would not have been completed.

At the same time, he was also engaged to represent the owners and sellers of shares in a Bosnia-based company for road construction. The company was successfully bought by a leading European construction company that is investing significantly in the region of the former Yugoslavia for over EUR 4M.

Since 2012, he has successfully represented two Serbian banks to collect debt to companies and large agricultural and construction companies. During the eight-year engagement, the bank managed to repay the debt in the amount of over 5 million euros as a result of the work of Miloš Ristić.

He has also successfully represented three large construction companies, which need all kinds of legal activities, from claims for damages, labor disputes, registration of real estate ownership to debt collection based on invoiced goods and services.

Together with colleagues Zoran Ristic and Aleksandar Ciric, he represented property owners whose property rights were violated by the fact that the local government in which the property is located does not implement the adopted spatial plan for over 60 years, which prevents owners from enjoying all property rights arising from property rights. as an absolute right, and thus participated in the creation of a new jurisprudence, which allows the owners to be compensated in the value of the real estate that there is no such harassment of property rights. In that way, the owners of average sized city plots collected about 300,000 euros per plot, which solved their housing issues in a high-quality way, as if they had sold the real estate directly to a private investor. The court used the established practice to force the local authorities to complete the expropriation procedure through the court procedure, which began with the adoption of a spatial plan that limits property rights.

In the proceedings before the Supreme Court of the Republic of Serbia, eight of his revisions were adopted, which he submitted as an attorney caused the revocation of final and binding judgments which, as it turned out, violated the rights of his parties and were grossly infringed.

Today, he advises and represents a dozen tech companies based in Belgrade and Novi Sad, whose founders are foreign nationals, from Canada, the United States, Germany, Bosnia and Herzegovina, Israel, Russia and India.